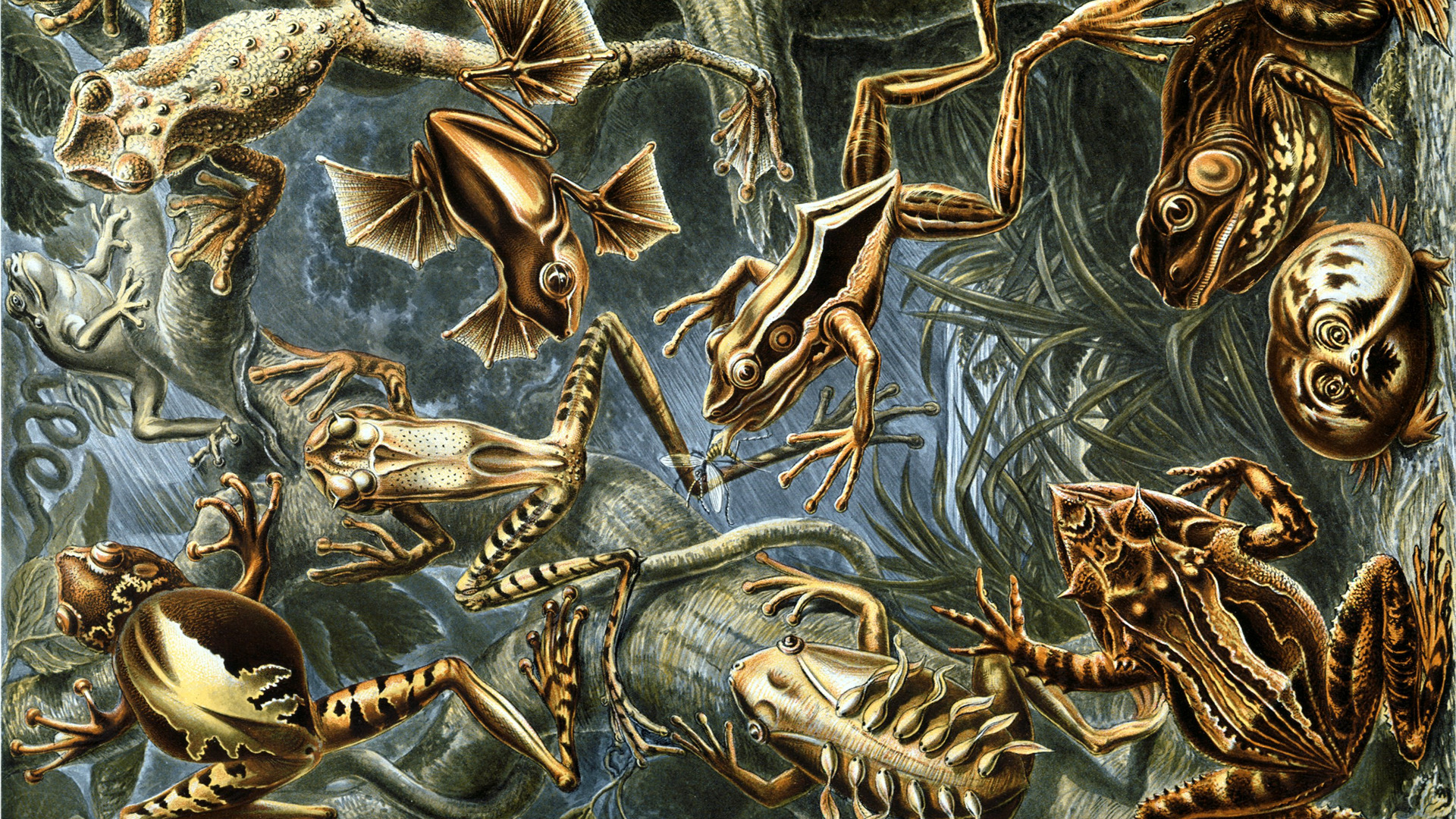 You may think that by now, we'd know them all. Or at least most of them... But that couldn't be further from the truth. Countless species are still being discovered and described today. Let's see how.

Describing the species living in our world is a fundamental part of biological research, and one of its historical foundations. With about 2 million species described and centuries of taxonomic work already accomplished, one might think a large part of the natural world is already known. But global species number estimates, taking into account bacterial diversity, go from a few million up to a trillion species, with 8.7 million eukaryotes (organisms with complex cells like ours). In the realm of past life, over 250 000 fossil species have been described up to now. The scientific description of species is a rigorous process, and relies on a variety of approaches, tailored to the diversity of life on our planet. Taxonomy (the science of describing and classifying organisms) is rarely presented as an attractive discipline at the cutting edge of modern biology. But the discovery of new species tends to garner public attention, and often serves as an effective beacon for issues like biodiversity loss. How are species discovered, and how are new species described? How are they distinguished from closely related species? These questions are more complex than one may think. Through them we can touch on the diversity of techniques used to research and collect knowledge on the organisms around us, and on the philosophical quandaries one encounters trying to place a continuum of organisms into well defined boxes.

The Process of Discovery

The classic cultural perception of how species are discovered has been shaped by centuries of scientific expeditions: direct observation, in the field, of something new and unknown, and subsequent specimen collection in order to write a description. This method of discovery is still very much in use, especially in poorly explored or poorly sampled regions (the depths of the oceans, or tropical rainforests), or for groups of organisms that are less studied or highly diverse. 80% of living mammal species are estimated to have been identified, whereas thousands of insect species are being described each year. A report recently published by the Word Wildlife Fund details the discovery and description of about 200 new species of animals and plants (including 35 reptiles, 17 amphibians, 16 fish and 155 plant species) during a 2020 expedition in the regions around the Mekong river in South-East Asia.

But with the emergence of new technology and research techniques, the vast accumulation of specimens in scientific collections, and a lot of research interest still focused on well-studied groups like mammals and birds, modern taxonomy relies on a broader set of methods. New species can be described based on field-collected specimens, butalso on re-examining or unearthing heretofore unstudied specimens held for decades or even centuries in museum collections. Nowadays, identifying distinct species can be done not only with morphological data, but also with molecular data, with analyses going from whole-genome comparison to use of DNA barcoding, an approach that became widespread within the last 20 years. It involves using short, well studied genetic sequences (that vary depending on the group of organisms being studied) as diagnostic markers to differentiate species. Using this kind of genetic data has revolutionised taxonomy, especially for organisms that are hard to differentiate based on morphological characters (their physical traits, or phenotype), and revealed how ubiquitous "cryptic" (hidden) species are, even among well-studied groups of organisms. Indeed, genetic studies can often show that populations considered hard to tell apart or morphologically indistinguishable from each other have actually been genetically distinct and isolated from each other for sometimes millions of years, with enough genetic differentiation present in their DNA to be considered different species (for example, North-American bats of the genus Myotis, or South-American butterflies of the genus Astraptes). Modern taxonomy most often employs both morphological and molecular data in conjunction to identity and differentiate species (examples are easy to find in the literature, ranging from Gammarus crustaceans to Trachypithecus monkeys)

New Species in the Deep Past

Despite its impressive diversity, current life on Earth represents less than one percent of all life in Earth's history. To study the rest of it, we must turn to the fossil record, even if it's a very, very small sample. Just imagine the likelihood of animal or plant remains being buried in conditions favourable to preservation, unharmed as they are transported deep in the earth,brought back to the surface millions of years later, and then found before they're destroyed... . Similar to extant (currently existing) species, paleontological knowledge is constantly supplied by dig expeditions, but also relies on the study of the many specimens held in scientific collections. Fossils of course have very little to offer in the way of molecular data, barring the few specimens up to a million years old, from which increasingly deteriorated ancient DNA can be sampled. Palaeontologists can only describe species based on morphology, stratigraphy, and geography. But even morphological information is often incomplete in fossils. The often fragmentary and sometimes very fragmentary nature of fossils can complicate species description, specimen attribution to a specific species, or species delimitation. Even with complete remains the absence of molecular data, ecological and behavioural data (barring indirect clues), or morphological data beyond the skeleton (in most cases), can make species differentiation more subjective. In a publication from January 2022, a group of American researchersclaimed to have identified three species of Tyrannosaurus (imperator and regina as well as the original rex) among a sample of over thirty specimens, which caused shockwaves the world of palaeontology and left many unconvinced. Other researchers do not believe that differences in bone robustness and dentition spanning the geological age of specimens are enough to identify three distinct species. 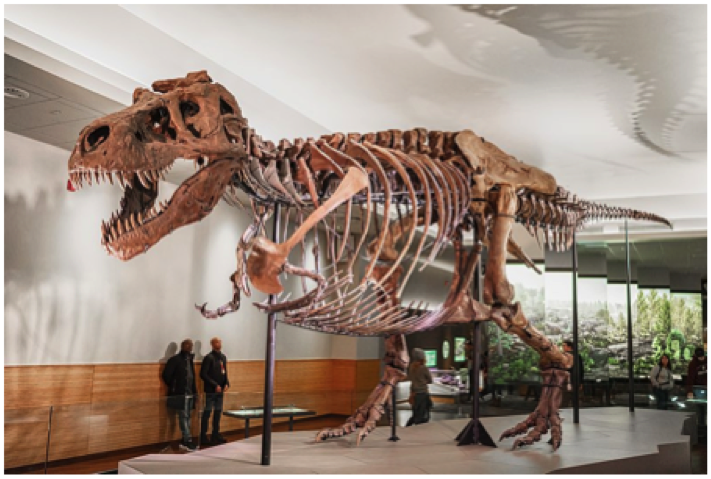 Sue, one of the most famous Tyrannosaurus specimens, would represent the type specimen for a new species, Tyrannosaurus imperator (photo by Jorge Jaramillo, Wikipedia)

But the fossil record, despite its flaws, is teeming with diverse life, with thousands of species described each year, including dozens of dinosaurs. And palaeontology has far from run out of spectacular discoveries, judging by their frequency. This year has seen among other things the discovery of Dearc sgiathanach, the largest pterosaur ever found in Great Britain, while last year saw the discovery of Stegourous eleganssen, an ankylosaur from Chile with a unique tail shaped like a traditional Aztec mace. 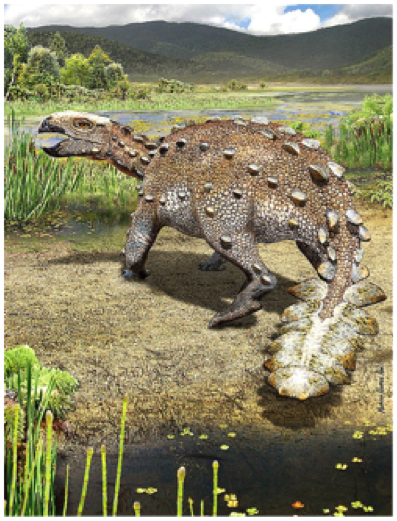 But what about discovering species that can't be seen by the naked eye? And what do scientists do once a new species has been discovered? All this and more in a coming article!

1. Davis, Nicola, "Tyrannosaurus rex may have been three species, scientists say", The Guardian (2022)

I’m a former (and hopefully future) biology student, with two masters in systematics and palaeontology. I’m especially interested in understanding how life on earth evolved in all its diversity, and how we study both that evolution and the relationships between organisms. In the wilderness years between my masters and a PhD (if life goes to plan), I want to make use of my skills to spread knowledge and wonder about our natural world and it’s evolutionary history. I’ve lived and studied in both France and the UK, and I’m happy to nerd on and on in either language.