We are in 1950, in the United States, in a cornfield with biologist Barbara McClintock. This immense pioneer discovers DNA that leaps from gene to gene within DNA. At that time her colleagues found it hard to believe her. And yet, she will receive the Nobel Prize in Physiology and Medicine in 1983 for her research. 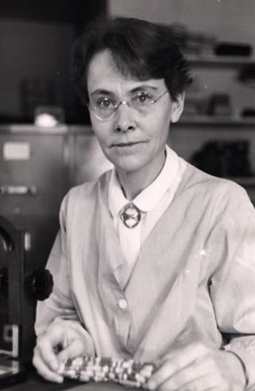 This leaping part of DNA is called a transposon or more commonly a "jumping gene". It is found in large numbers in a large number of living beings, including us, but also in plants, bacteria ... (eukaryotes and prokaryotes). For humans, this would represent about 45% of our genes compared to 90% for corn. It is therefore assumed that they would have participated in the change in size of our DNA during our evolution.

These transposons, because there are several types, are parasitic DNAs. These have only one goal: to reproduce as much as possible, but without offering anything in return. However, recently, it was discovered that they were ultimately not as selfish as scientists believed.

These small transposons are passed on to each offspring. When they are no longer active and they no longer jump around, they are completely integrated into our genes. We then speak of a fossil. But the transposon is not stupid. Its goal being to spread and not to become something that will end up in a museum under the dust, it seeks to invade other species.

How does a transposon skip?

There are several types. There are DNA transposons and retrotransposons, which in turn are RNAs (the intermediate messenger of DNA before protein is made).

DNA transposons are pieces of double-stranded DNA (two strands that complete each other like a puzzle and are rolled up on themselves), which end on each side with a "tip" that repeats in reverse and serves as their identity card. Each of these transposons contains a code that makes it possible to manufacture a protein called transpotase. It is she who will allow the jumps.

The transpotase will locate the transposon's ID card and start cutting around it to detach it and transfer it to another gene. This is a "cut and paste". However, this sudden move is not without consequences. 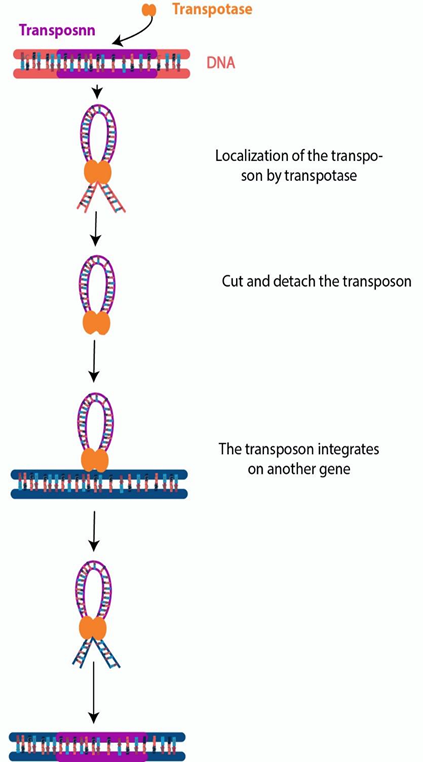 Diagram of a DNA transposon that jumps to another gene

The DNA containing the transposon is then cut in half. It needs to be fixed, and you are never safe from a mutation in these cases. The same goes for where it is inserted. The void around it when it arrives will also have to be repaired by molecules called DNA polymerase (to fill in the holes) and ligase (to bind). These trips, if too many or poorly taken, can trigger several types of illnesses such as cancer.

Retrotransposons, on the other hand, are made up of a single strand of RNA with an attached tail. This RNA will undergo an inverse mechanism which transforms it back into DNA. He will then suffer the same fate as his friend the DNA transposon, with one detail! Having only one strand and not two like "normal" DNA, it will force its host to make its missing half. This is "copy and paste". 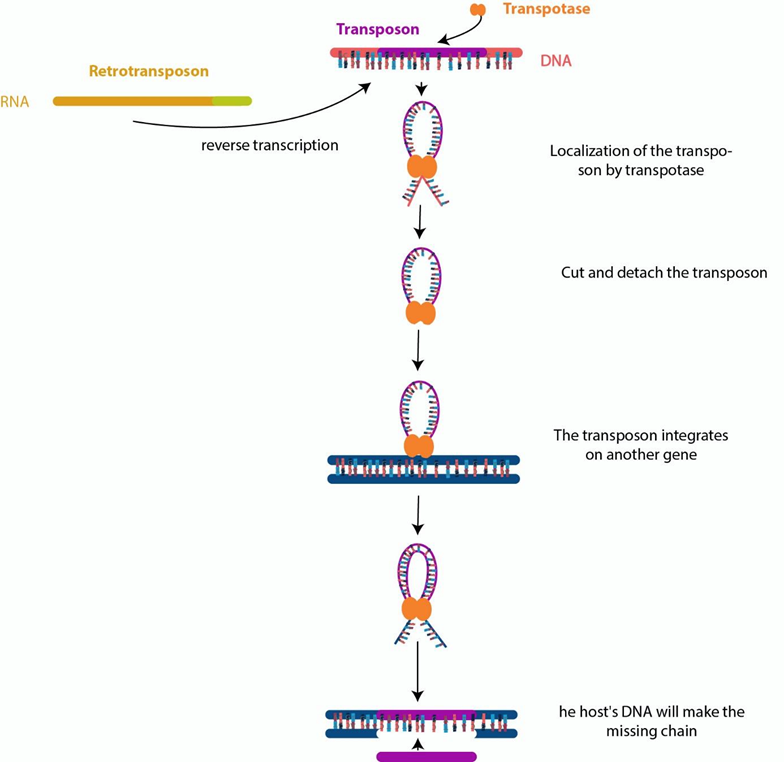 Diagram of a DNA retrotransposon that jumps to another gene

In our body we have a majority of retrotransposons in activity. We do have DNA transposons, but they don't seem to jump anymore. Retrotransposons are related to retroviruses, which use the same mechanisms as them to integrate our cells and DNA.

Why do we have so many if they are so dangerous?

In genetics it is assumed that they are harmful because they can cause significant problems to genes by creating DNA loss or even deletion. If the DNA damage is too severe, the cell will kill itself. But transposons also have their uses.

In plants, these gene shifts are very common. They allow during their development to control for example the color of the leaves and even the fruits.

With them, as with us, the action of the transposons depends on where they land. They can allow our genes to evolve. Indeed, the transposon has no interest in multiplying too much and destroying its host, so means of control have been put in place by them and us.

To prevent the death of the cells that house them, the transposons can move into insensitive areas. They are also more active when the host is still just an embryo. At this stage, serious errors are easier to correct.

Our bodies also use protective systems by reducing the activity of the transposon (methylation), by preventing the transpotase from working, or by domesticating the transposons. This strategy involves using them to produce different proteins. 47 known human genes have emerged from this process.

And medicine in all of this?

Transposons are used in several new technologies. In particular, they tend to replace viruses to transport and introduce molecules into our cells. In fact, unlike viruses, they would not cause the immune system to react (see Anne Clericco's article "The Soldiers of Immunity").

They are also used as genetic tags and can thus be used to study various diseases such as cancer. Finally, recently, research combining CRISPR-CAS9 (DNA scissors) and transposons was carried out. So this is only the beginning of a collaboration with the jumping genes which ultimately are not that selfish.