Our impact on our genes

We saw in the article on proteins (Protein, that unknown star) that our genes are transcribed to produce proteins and enzymes. This coding DNA represents 2% of our genetic information storage space which constitutes our genome (all of our genetic material). Biologists then wondered what the remaining 98% could be.

These 98% contain small molecules of RNA and in particular of interfering RNA. This part of non-coding DNA or DNA is called "trash" because for a long-time scientists believed that it was a residue of mutations, bacterial DNA or from viruses that had "failed" in our genetic code. But this “trash” DNA is far from useless: it forms the epigenome. The set of genes which determine the epigenetic modifications of a cell thanks to the RNA molecules circulating in our body and acting as chemical on / off switches. These RNAs can control genes and thus triggering or "switching off" actions controlled and carried out by cells. 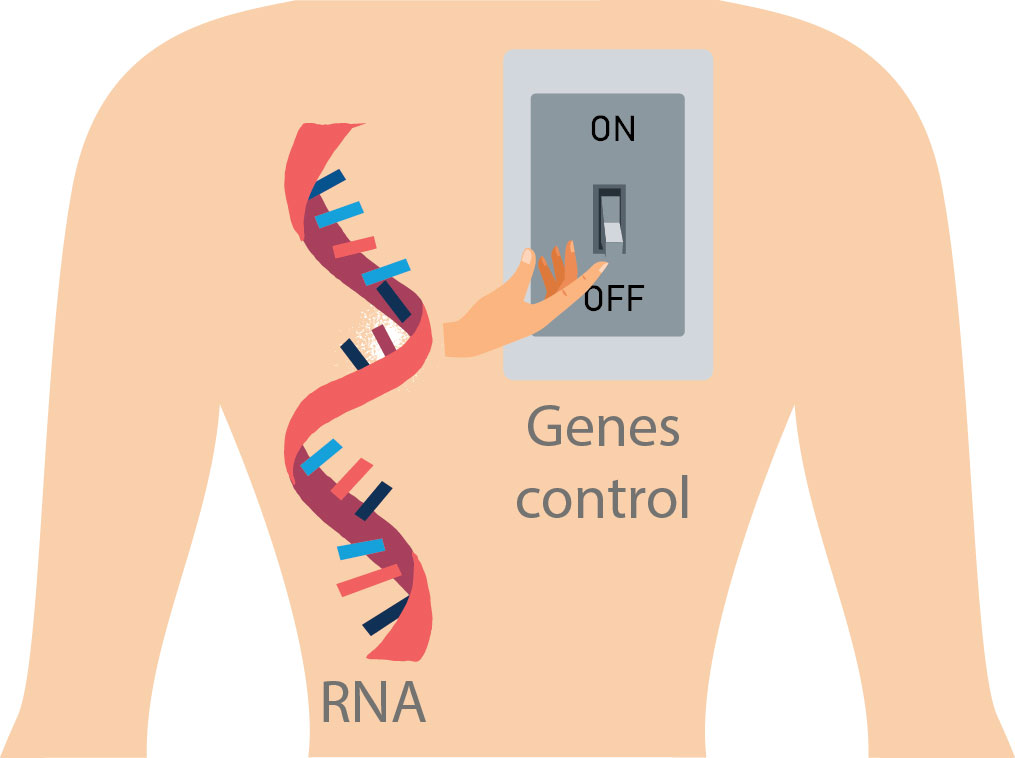 Before studying epigenetics, most biologists believed that living things were only the result of their "genetic program". In fact, what we inherited from our ancestors. This reflection poses an important problem: that of responsibility for our way of life and our behavior. Because if everything were already programmed in our genes, we could not adapt our behavior to the environment around us, nor decide to change it. The term epigenetics was established by scientist and philosopher Conrad Hal Waddington in 1942. An etymology that places this biological information "above our genetic code". It is a modification of gene expression without damaging DNA. This process is natural and necessary for the proper functioning of our body. The best-known example, to illustrate epigenetics, is that of monozygotic twins, originating from the same egg cell. Two living beings sharing the same genetic heritage, and therefore the same DNA code. However, if they are each placed in different environments, such as two separate countries, their own eating habits, this will cause epigenetic differences. We can then observe differences in behavior, physical and biological. 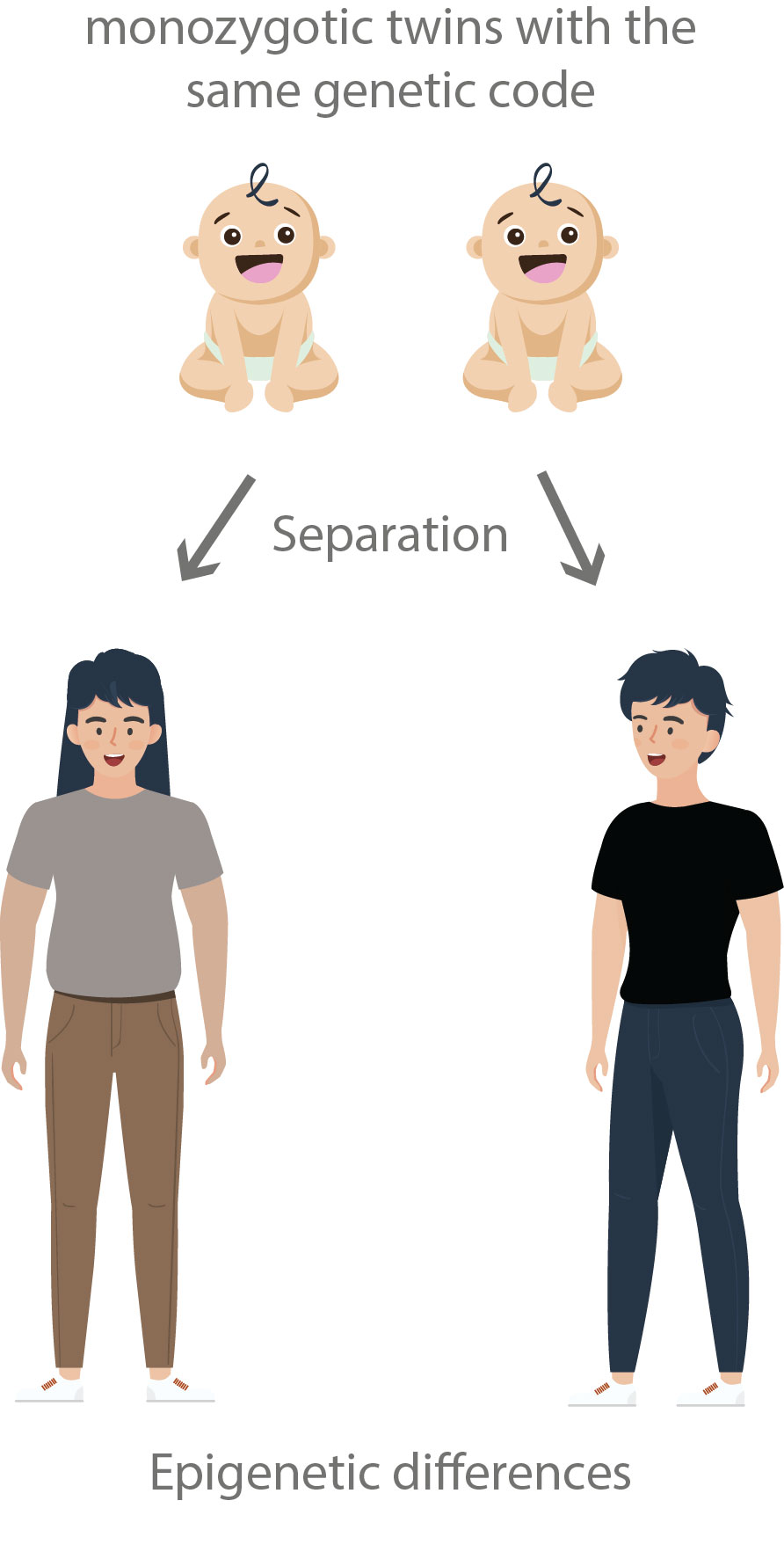 We currently know that parents do not pass on their genes only to their children. We saw in the article "This beautiful heritage of our mothers" that they also transmitted their mitochondria. We also know that during pregnancy and from the start, that women influence the cellular development of their children. Therefore, what we experience every day influences our genes.To understand where the changes in our genes take place, we need to zoom in to our DNA double helix when it condenses. To reach the state of chromosome, our database will be wrapped around proteins called histones. The assembly of 8 of these histones combined with DNA forms what is called a nucleosome. And all of the nucleosomes will then form euchromatin or what is more commonly called a pearl necklace structure. The chromosome phase will come later when this euchromatin condenses even more to form the heterochromatin. However, in general, it will be the part of our DNA that is poorly condensed that will undergo these epigenetic modifications, namely euchromatin.

Many modifications have been highlighted, but the most studied are methylation and acetylation. Acetylation is clearly associated with gene activation, unlike deacetylation. While methylation can have an activating and blocking function for our genes. These two mechanisms act on the ends of our histones within our poorly condensed DNA.Thanks to this research, we better understand the mechanisms of epigenetics and we become actors of our own evolution. Indeed, our daily behaviors influence the expression of our genes.