We always leave a mark

Our fingerprints are formed during our first weeks of development and become unchanged until the end of our life. David Hepburn is the first to understand their role in the handling of objects. The skin contact surface has a special texture to increase frictions between the epidermis and affected surfaces. This is what allows us to grip things, otherwise they would slip out of our hands.
They were previously used to sign important documents. We find tracks of it on documents dating from ancient Egypt (3000 BC). But for about 140 years fingerprints have been used at crime scenes to identify and apprehend criminals.

A fingerprint, what is it ?
The skin is an essential organ of the human body (the largest in fact). The palms of the hands and feet have folds called papillary ridges. A papillary cell consists of a secretory gland (sebaceous or sweat) with an outlet pore (this is where perspiration comes out). 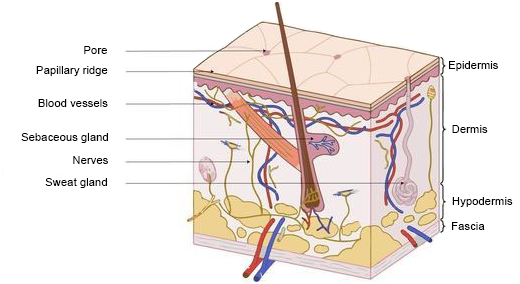 Section of the skin with the secretory glands, a ridge and a pore

All these ridges bend and fold back forming a pattern occupying the pulp of the finger. It is this design that we call the famous fingerprint.

Digital drawings
There are 4 main models of figures on fingerprints:

The arches: the papillary lines become more and more curved in the middle, there is no triangle (which is called a delta).
The tents: the design is almost the same as the arches but there is a delta in its center, closed or not.
The loops: the ridges fold up and form a more or less straightened loop with a delta at its base.
The whorls: Around an island or a small ridge are formed concentric circles, the figure has a delta on each side.
We call minutiae these particular figures which allow us to recognize the imprint of an individual. 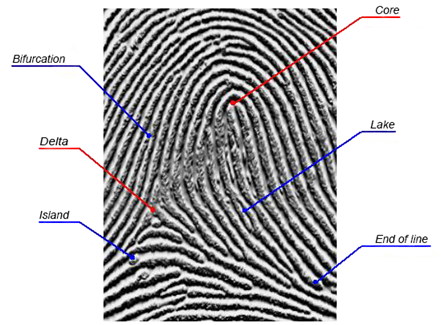 Representation of a mark and its minutiae (Didier Guillerm, Portail d’information sur la biométrie [onligne]. (1990, updated on 26/06/2020), Available on : <https://www.biometrie-online.net/technologies/empreintes-digitales> (Consulted the 02/10/2020).

When it sweats and grabs an object, it leaves what is called a latent trace (invisible to the naked eye) composed mainly of water, amino acids, fatty acids, glycerides, proteins. , etc.

Techniques of revelation
These traces are revealed by a multitude of techniques depending on the support: 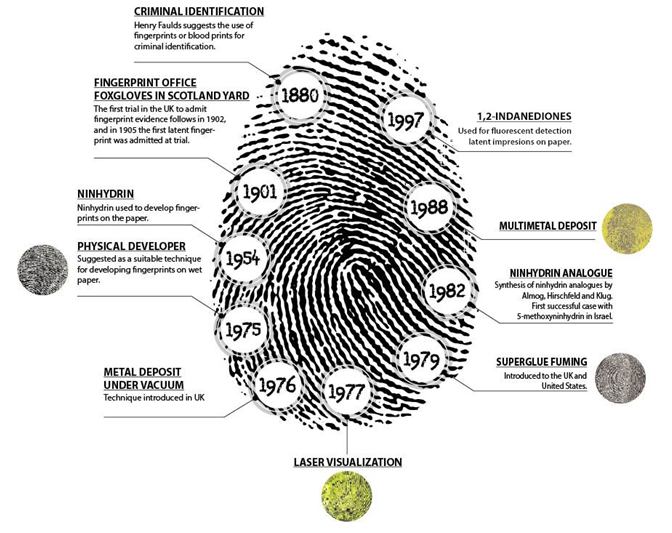 The different techniques of revelation from 1880 to 1997

Among these techniques, we find one of the best known and used, ninhydrin. It has long been used to reveal latent traces on paper supports and acts on amino acids. This is how an amino acid is written:

Ninhydrin reacts optimally in a medium heated to 80 °C with 65% humidity. 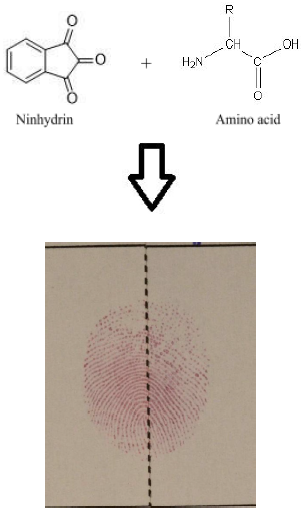 Imprint revealed by a ninhydrin bath 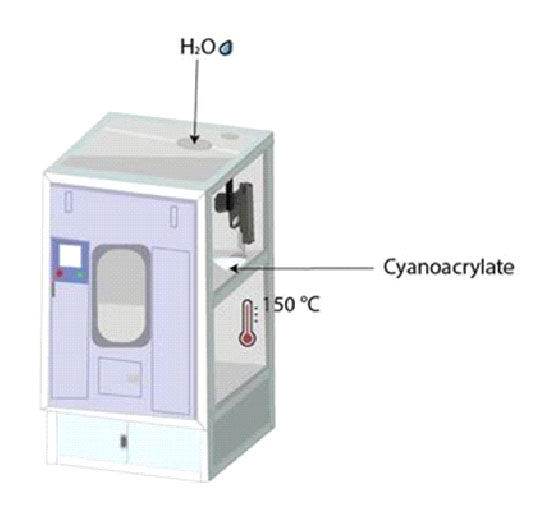 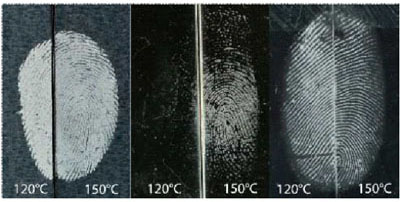 Fingerprints revealed by cyanoacrylate fumigation from left to right on transparent plastic sheet, on metal and on glass (Krellil, S., Henrot, D. & Ledroit, P. THE INFLUENCE OF CYANOACRYLATE FUMIGATION TEMPERATURE ON FINGERPRINT REVELATION. 2.)

Fingerprints are a handy tool in everyday life without our realizing it. Their design is precise and unique, which has made it possible to apprehend many criminals until today. But these techniques have their limits in reality, since the forensic science can only manage to develop 20% of the traces present at the crime scene. Furthermore, some criminals do not hesitate to alter their digital design or to erase their traces. This explains, for several decades, the rise of DNA analyzes which are impossible to falsify.