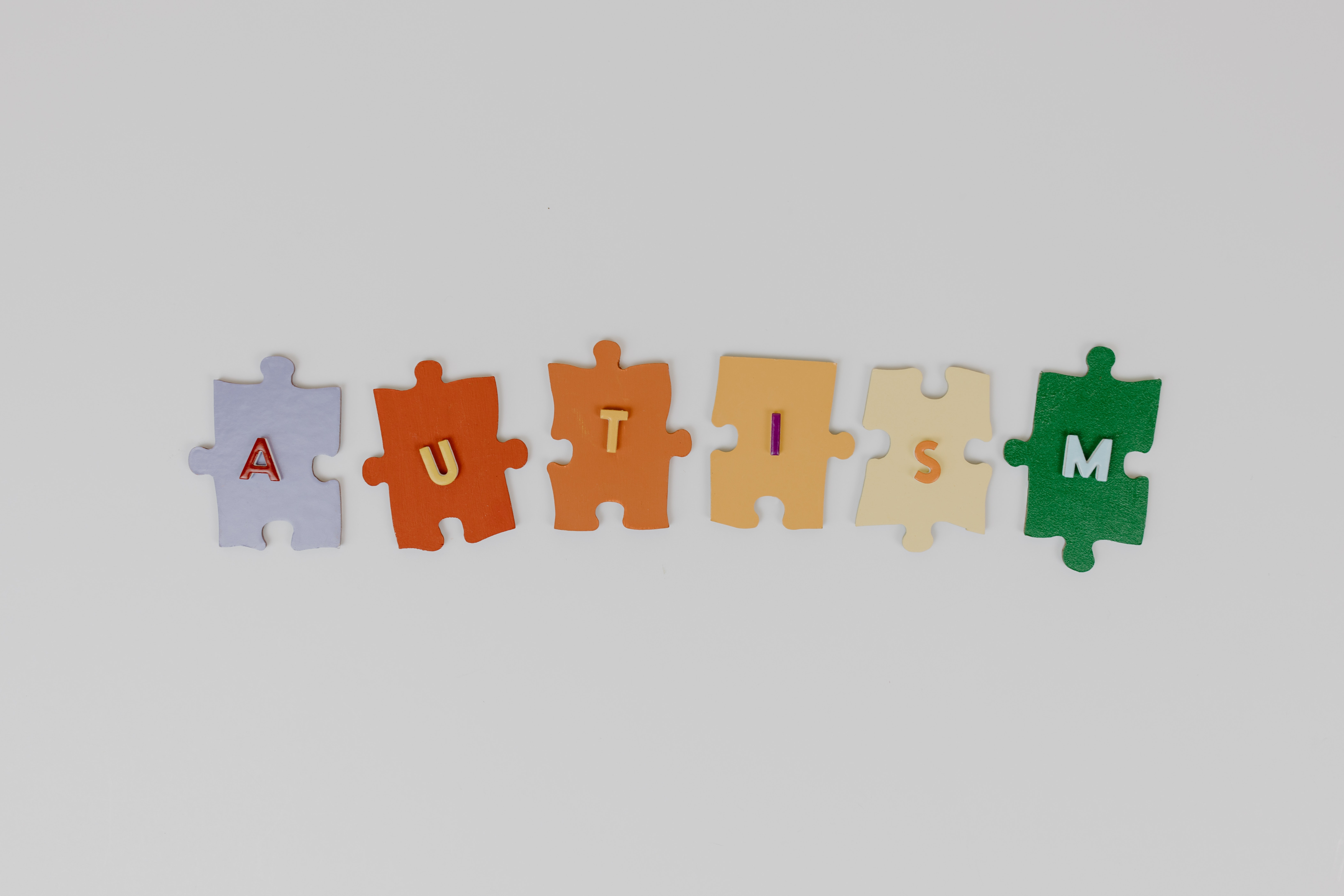 Autism Spectrum Disorder, or ASD, is a group of diverse disorders affecting the development of the brain and its neurons. More common than most people think, it now affects one in 59 children. With advances in medicine and research, we now know that autism is strongly linked to genetics.

Autism spectrum disorder is broad, and it includes a variety of features of sensory disorders. The person may have a more sensitive touch, social deficits which may result in difficulties in communicating with other individuals, motor coordination disorders which may result in repetitive gestures, anxiety, but also attention deficit and hyperactivity. Finally, gastrointestinal disorders may occur. ASD covers three specific behavioral areas: social interaction, language communication, which includes imaginative play, and interest and activity ranges.

Each autism spectrum is different, depending on various characteristics such as genetics, epigenetics, and environment. This is referred to as a heterogeneous disorder. Although they all have certain traits in common, each type is different, even unique to an individual.

From a genetic point of view, it is a condition caused by hereditary and de novo factors.

Once we zoom into the cell depths and their nuclei to take a closer look, we can see a multitude of genes linked to ASD. This could be variations in the copy number of a gene (CNV), single nucleotide polymorphism changes, or another similar factor.

Diagram of a chromosomal duplication

We also find gene mutations, like deletions. Our DNA being composed of two strands of nucleotides wound in a double helix can have a nucleotide or two missing. This either stops the reading of the DNA code, or the master workers in our cell nucleus try to cope with it as best they can. Nucleotide inversions are also possible. 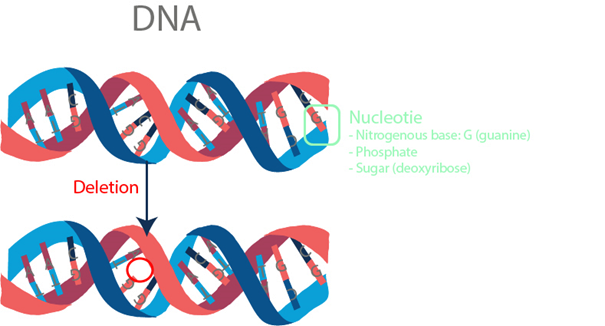 Diagram of a nucleotide deletion

Still in the machinery of genetic information, in the case of ASD, we can find and detect what we call translocations. These are two chromosomes of two distinct pairs, for example chromosomes 9 and 11, which, against all expectations, will exchange parts (something that normally does not happen). 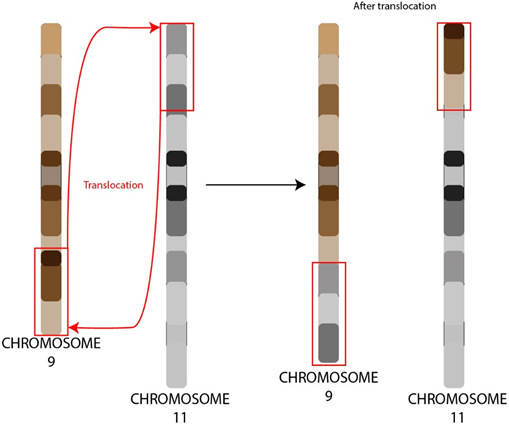 Diagram of a translocation between chromosome 9 and 11

In 2020, 215 genes were identified as being involved in ASD. Of these, 42 genes are directly involved in epigenetic modifications.

Epigenetics, the ON / OFF switch of our genes

Epigenetics is a process of gene modification without modification of the DNA. This process is natural and necessary for the proper functioning of our body. It acts like a switch that can be turned ON or OFF depending on the genes we wish to express. However, in some cases, this can cause disorders such as ASD. 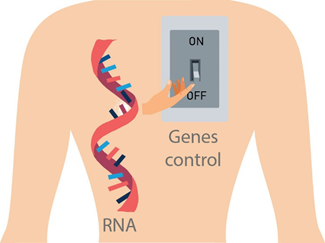 One of the epigenetical modifications is called methylation. It is a chemical group that is added to our DNA, or more precisely to the nitrogenous bases that make up our DNA (the CH3 group; one carbon atom and three hydrogen atoms). Methylations can be due to the aging of gametes (reproductive cells). Therefore, the older the parents, the higher the risk of ASD early in the embryo's life.

We also find modifications at the level of histones. Histones are proteins around which DNA wraps itself when it condenses. Eight histones with DNA form a nucleosome which, once folded and condensed, will result in the shape of a chromosome as we know it. 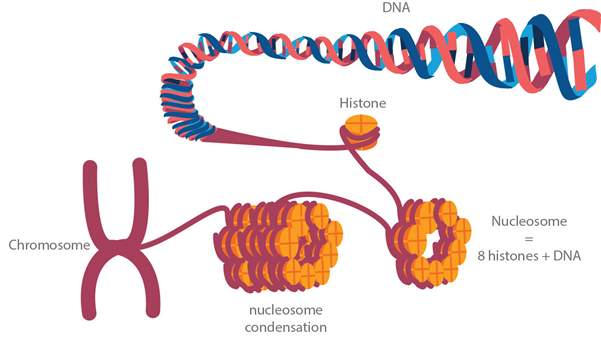 Diagram of DNA condensation at the chromosome stage

The other epigenetic modification known in this pathology concerns the action of microRNAs. These are small molecules of 18 to 22 nucleotides which do not code for proteins (see this article Protein, this unknown star). Instead, this molecule will control the expression of the genes (more action, less action or will block everything) via the messenger RNA. The messenger RNA is the step between the DNA and the synthesis of a protein (it is the decoding of the message of the DNA). Half of the micro RNAs are expressed in the brain. They are crucial for apoptosis (programmed cell death), their proliferation, but also their development.

Finally, epigenetic mechanisms can activate immune system responses during pregnancy ( see this article for moreImmune system ‘s G.I. in action ). This can also increases the susceptibility to ASD.

All these genetic modifications have an impact on remodeling of the information carrier, but also at the level of synapses (the handshake between two neurons to communicate), whether it is their formation, their support, or their development. They also can have an impact at the neurotransmitter level (the molecules that allow communication via these handshakes). A problem with electrical and chemical excitation of these synapses could partly explain a deficit of social and cognitive interaction in ASD.

The Environment in ASD

When we talk about environmental factors, we are talking about the prenatal stage. This can be an infection by a virus or bacteria that activates the mother's immune system and triggers genetic changes in the foetus.

The age of the parents at the time of conception can also be an aggravating factor. The older the parents, the greater the risk, as well as the development of numerous pathologies. The risk comes as much from the mother as it does from the father!

Finally, we can talk about zinc deficiency. This essential molecule for the immune system allows the synthesis of proteins, the healing of wounds and the signaling of genes. A deficiency in this supply could therefore have an impact on the expression of genes, particularly in the context of ASD.

What is the status of screening?

Autism Spectrum Disorder is established through the criteria set out in the Diagnostic and Statistical Manual of Mental Disorders version 5 (DSM-5). Screening is currently done via the Infant and Toddler Checklist (ITC) from 9 months to 2 years of age and a revised modified checklist (M-CHAT-R) from 30 months to 16 years of age.

Detection and diagnosis are also done via EEG or electroencephalogram images.

Three times more males than females are diagnosed. There are several reasons for this, other than the genetic and hormonal dimension, which has its share. This discrepancy can also be caused by an under-diagnosis of women due to their less marked behavior than men and their mimicry in society.

The Autism Specter Disorder is a broad array of conditions affecting social interaction, language communication, and interest and activity ranges. Too broad to fall under a single condition, it gained a lot of popularity over the last year, warranting more testing and better criteria. As such, the number of affected increased to accommodate the difference.

Despite this wide diversity, as well as the multiple factors that come into play in this pathology, medicine and researchers are not giving up. Other than the "classic" drug therapies, there are therapies that act directly on the gastrointestinal tract, which is rightly called our second brain. Indeed, this bacterial crowd in our intestines acts on our brain. It is therefore an interesting track that more and more research units are exploring.

There are also therapies via exosomes, vesicles that can transport molecules through the blood-brain barrier of our brain, real medical cabs. This technique is already used for treating Alzheimer's disease.

Another innovative therapy in line with the diversity of autism spectrums is personalized medicine. The goal is to identify directly in the person the genes involved and propose an adapted treatment. Numerous avenues continue to be explored and are promising.

6.Wiśniowiecka-Kowalnik, B. & Nowakowska, B. A. Genetics and epigenetics of autism spectrum disorder—current evidence in the field. J Appl Genet 60, 37–47 (2019).