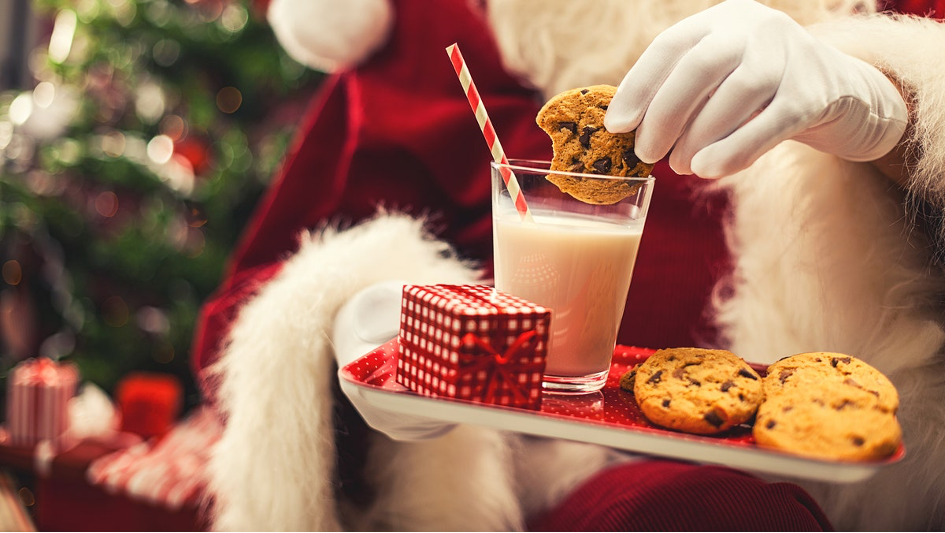 Only a few days left before Christmas. The Christmas tree is up, and the last presents are bought. And to make sure Santa comes by, you will probably leave some milk and chocolate cookies. But be careful, it’s toxic for reindeers! This sweetness we love is a real danger to animals.

French people consume 7 kg of chocolate per year on average. it’s one of the top three gifts throughout Christmas holidays; people give about 1.5 kg of chocolate to their friends and family. Its sweetness can be found in bars, cakes, drinks, confectionery, black, milk, white, praline and many more products! Chocolate has many beneficial properties if not abused. However, did you know that humans are the only living beings who can eat chocolate without risking intoxication? For all other animals, chocolate is a poison. 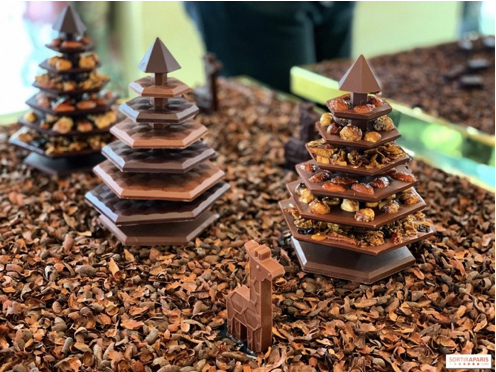 Cocoa originated from South America, was commonly used by Mayans and Aztecs, and was imported in Spain in 1528. The Mayan people diluted cocoa in hot water with spices, vanilla and honey, and beat it vigorously to create a light foam, the predecessor of actual hot chocolate. Even then it was believed to have the power to fight fatigue and cure diarrhea. 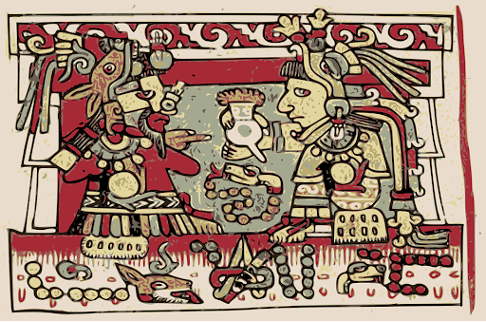 Chocolate is composed of several molecules responsible for many health benefits thanks to naturally occurring substances such as flavonoids (antioxidant), magnesium and theobromine. We know that chocolate reduces cardiovascular risks, stroke or even high blood pressure. In reasonably quantities, it stimulates cognitive functions, improves concentration, memory and sleep quality. It is also known as an antidepressant.

These properties are due to cocoa present in chocolate. The darker the chocolate is (from 30% of cacao), the more cocoa it contains and the more beneficial properties it has. White chocolate on the other hand, which contains almost no cocoa but only cocoa butter, doesn’t have as much special properties.Chocolate milk contain little cocoa (less than 20%) and a lot of sugar. So, although it is very tasty, it won't be the thing that gives you the most benefits.

It's recommended to eat 20 g of 70 % of cocoa chocolate per day. Beyond this amount, it’s important to remember that chocolate is a fatty and caloric food and can contain a lot of sugar. Therefore, it is preferable to eat it in moderation.

Theobromine is a chemical compound from caffeine family of methylxanthines. It has the same overall effects as caffeine, but in a milder and more diffuse way. It is the predominant compound in cocoa. It’s absorbed in intestine and diffused throughout the body via blood. 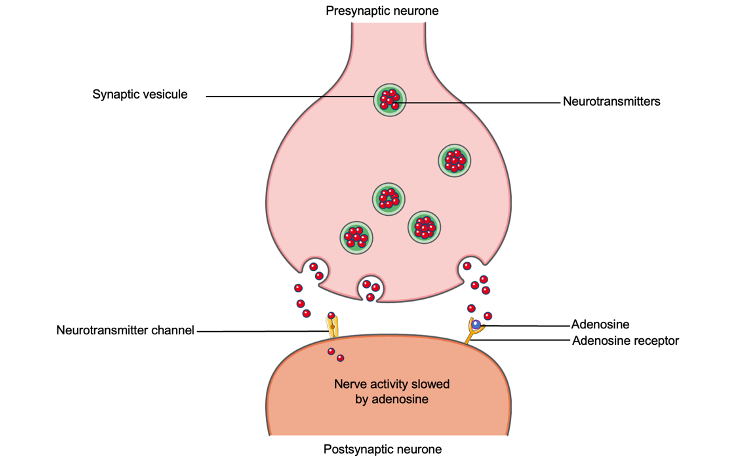 The adenosine binds to its receptor and causes the feeling of fatigue that we feel during the day. This association prevents the release of neurotransmitters (small molecules that travel in the brain) and causes a slowing down of the muscles and brain.

Theobromine binds to these receptors instead of adenosine and will therefore inhibit and block its action and have an antidepressant effect. Theobromine, a poison for animals

Humans are the only living beings that can consume chocolate because of theobromine. Theobromine is dangerous for animals.

It’s metabolized more slowly in animals’ organism. This means that it will stay in their body longer, activate the receptors longer and eventually cause damage to the blood vessels. The half-life of theobromine in animals is about 18 hours, while in humans it is 2 to 3 hours. The half-life is the time it takes to eliminate half the amount ingested. For example, if a dog ingests 60 mg of theobromine, 18 hours later there will be 30 mg left in its body.


Symptoms of theobromine poisoning are intense thirst, vomiting, unusual restlessness or trembling. In severe cases, this can lead to heart problems, coma and even death. Once the animal has ingested chocolate, it is important to carefully monitor the evolution of the symptoms (which occur within 12 to 24 hours), to warn the veterinarian and to take the animal to emergency if any serious symptoms occur. If treated in time, the animal generally recovers well. A 100g bar of dark chocolate, which contains 1600mg of theobromine, can kill a dog of 10kg or less. The more cocoa chocolate contains, the more dangerous it is for your pet. 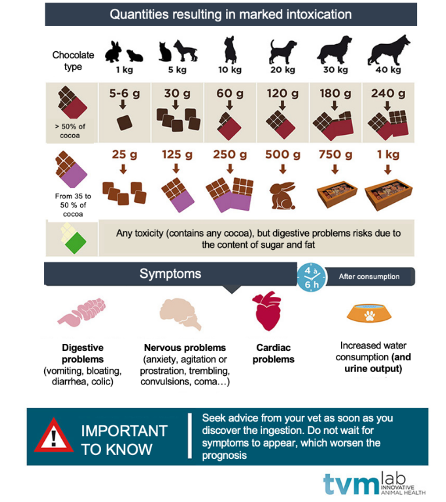 So on the evening of the 24th of December, when your children want to put the plate of chocolate cookies and the glass of milk by the fireplace, put them in an airtight box instead. This will make it much harder for Santa's reindeers, or your pets to open it. And Merry Christmas!