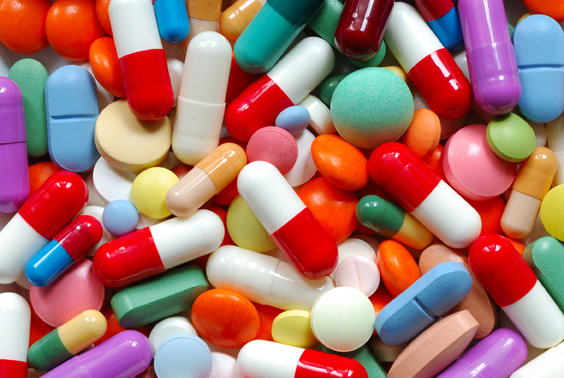 Whether it is occasional or more regular, medications are part of our lives. Capsules, tablets, syrups, gels, creams, the list goes on! But before arriving in our medicine cabinets, there are many steps involved in their design. The first one is the idea of ​​the molecule that will be contained in each of these drugs. Let us have a look back through a very long history.

Where do these molecules come from?

Over time, medical treatments, their uses and their methods of preparation have been brought together in collections called pharmacopoeias. To understand their origin, let's take a look back.

Prehistoric men of the Neolithic era were probably the first to have gone in search of substances capable of relieving their illness. Scientists believe that permanent settlements played an important role in the development of prehistoric medicine because it could have led to the emergence of many diseases. In fact, sedentary humans live closer to animals, leaving more possibilities for microbes (bacteria, viruses) to pass from animals to humans. To treat themselves, they mainly turned to what they had available, namely plants. Thus, herbal medicine, which is now considered as an alternative therapy, was probably the basic therapy in early humans. The use of plants at that time as a medicine, however, remains hypothetical because no writing can certify it.

The first evidence of various substances usage for the purpose of healing dates back to 3500 BC, to the Sumerian tablets discovered in 1948 in ruins of the city of Nippur. Written in cuneiform script, they are extremely precise. They list not only the substances used at the time (plants, milk, honey, turtle scales, etc.) but also the part of the plant used (seed, root, etc.), their methods of preparation as well as the symptoms against which these treatments will work. We can say that the Nippur tablets are the first pharmacopoeia in the world. 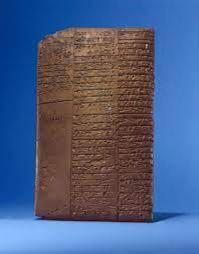 In ancient times, the Egyptians wrote their pharmacopoeia on papyrus. Several sets covering the 17th and 18th dynasties (between 1634 and 1292 BC) have survived to this day with 1,740 remedies written on them! The Egyptians broadened the substance used to cure with minerals and certain products of human origin. 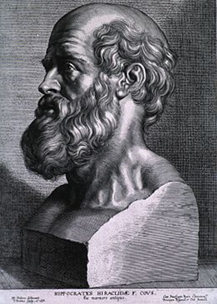 A little bit afterwards lived the father of pharmacy, Claude Galien (129 or 131 - 201 or 216). He simplified the writings of Hippocrates to make them more accessible and based his practice on the combination of theory and experimentation. His belief was that neither theory nor experimentation can lead to a positive outcome when observed in isolation.

Certainly, medicine and treatments evolve and progress, but there is always a certain part of ineffectiveness to them. Thus, in the Middle Ages, in Europe, many currents of witchcraft appeared in parallel with traditional medicine, most often based on plants and animal products.

During the Renaissance, the discovery of America brought new life with the discovery of plants that were very effective against certain diseases. Of particular interest were quinine, then used in the treatment of severe fevers, as well as curares which will later be used as anesthetics due to their paralyzing properties.

The drug revolution happened in the 18th and 19th centuries. We no longer seek to treat a disease with an entire element but to isolate what is called the active principle, the molecule which has an effect in a specific context when the plant, mineral or animal substance is used. Morphine from poppy, salicyline from willow bark and cocaine from coca are thus isolated. Thanks to the isolation of the active ingredients by various methods (infusion, decoction, maceration and other), we gain in efficiency by having a more targeted activity.

Figure 3. Chemical formula of saliciline and its derivative the acetylsalicylic acid (http://www.chimix.net/an10/bac10/sud90.htm)

Quickly after these discoveries, chemists sought to fully synthesize these molecules in order to improve and optimize them. One of the best examples is acetylsalicylic acid, none other than aspirin, a synthesized derivative of previously extracted and isolated salicyline.

The 20th century is the era of pharmaceutical chemistry. Organic chemistry is in full swing, knowledge is growing day by day. More and more molecules and their derivatives are emerging, thus forming families of molecules with several generations. Along with advances in medicine and surgery, these are the prime advancements for human health.

The synthetic pharmacy was slowly running out of steam in the late 19th century, and yet some diseases were still fatal and without effective treatment. Other sources had to be found for developing new drugs. It was in the 1920s that the idea of using animal proteins to supplement humans emerged, especially in pathologies such as diabetes with the production of pork or beef insulin. But there is a problem of performance and logistics. It takes a lot of animals to get enough insulin for every patient. Researchers in the 1970s found a way to produce these human proteins by a recombinant method, made in another organism, most often bacteria. These techniques have been extended to develop other treatments such as growth hormone. 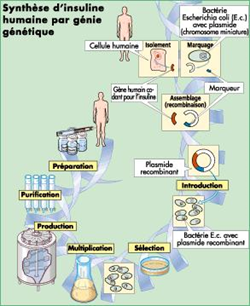 Towards a new era

Research on antibody therapies is also booming since the 1970s and their therapeutic arsenal is increasingly developing, in particular to treat cancers, autoimmune diseases and even to prevent transplant rejection.

The most recent advances are the ones that have been talked about a lot lately: messenger RNA vaccines. Even if vaccines are not strictly speaking drugs since they do not aim to cure but to prevent diseases, the objective is to make the human body produce a protein against which the immune system can react in order to build up immune system memory.

Thus, man has gone from medicine using plants and other animal substances, to treat diseases with molecules extracted from these plants. Then by synthesizing derivatives. And last discoveries using biotechnology allow treatments directly by elements of the human organism, by specific protein supplementation or by specific antibodies.

The future of medicine rests on cell therapy and gene therapy. Thanks to the growing knowledge of researchers on the molecular and cellular mechanisms of the human body, drugs are likely to undergo profound transformations and have a bright future ahead of them.

My name is Marie, I am 28 years old, I am a pharmacist by training and I decided after my graduation to start a PhD! I am doing my thesis in Grenoble at the Institute for the Advancement of Biosciences in the team "Epigenetics, immunity, metabolism, cell signaling and cancer". My project concerns more particularly the metabolic regulations and the dialogue between two tumor suppressors (LKB1 and p53) in lung adenocarcinoma.