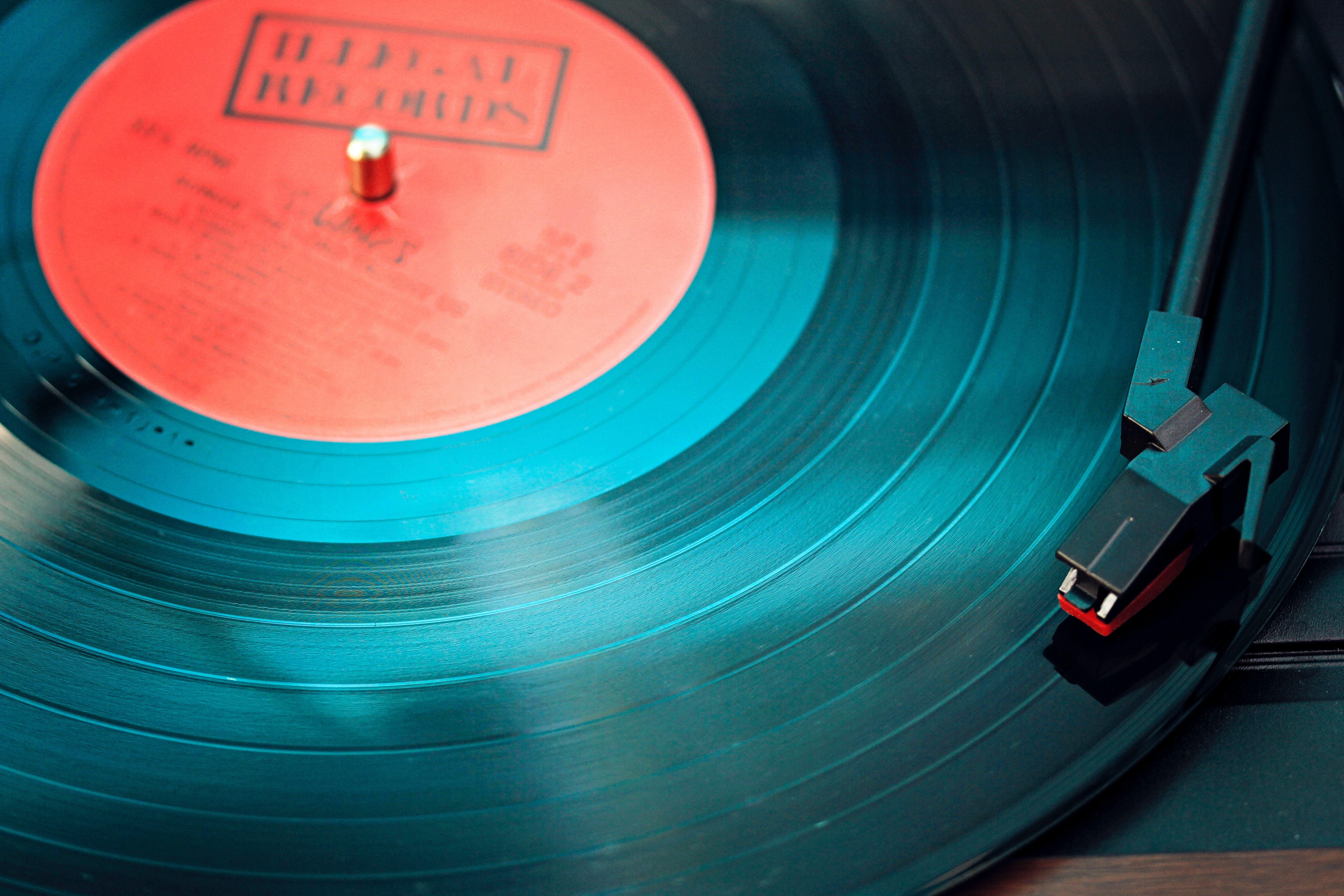 This article is written in collaboration with the Week of Sound.

Most of us listen to music regularly. It makes us happy, sad and makes us feel a range of other emotions. But it is also a therapeutic tool, especially for brain disorders such as autism.

The use of music as a psychotherapy tool was initiated during the Second World War in North America to treat veterans. It is a powerful means of communication and is common to all cultures. The only people who cannot appreciate it or are not sensitive to it are individuals suffering from amusia, a pathology which, depending on the degree, can make music unpleasant or even painful.

A rearrangement of the brain

The fact that this universal art form is now used as a therapeutic tool is no accident. Thanks to neurosciences and especially to magnetic resonance imaging (MRI) and other techniques, scientists have observed that when we listen to our favorite piece of metal or pop music, all this information is transformed into an electrical message that goes straight to the speech, learning, memory, movement and especially emotional areas (see the article When Music is Good). This lightning message allows the transfer of non-musical therapeutic effects through changes in the structure of the brain. That's all it takes! This is what we call neuroplasticity.

Music at the service of emotions

Music stimulates different areas of the brain. The one that we characterize as emotional music (Celine Dion who makes us cry for example) hits right in the limbic and paralimbic areas, plus the reward regions. However, not everyone experiences and processes emotions in the same way. In other words, Celine Dion cannot move everyone. 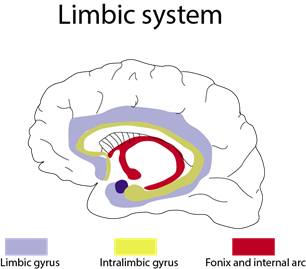 Diagram of the Limbic System

People with autism spectrum disorders (ASD) have difficulties with communication and interaction, with more than half of them having below-average intellectual capacity (i.e., an IQ below 85). These individuals also have difficulty identifying emotions from facial expressions, body movements and non-verbal vocal expressions: this is called alexithymia. These deficits of ASD stimulate the brain in a different way than those of unaffected people. These activations are said to be altered. There is less activation of the fusiform gyrus and the amygdala when visualizing emotions on the face. 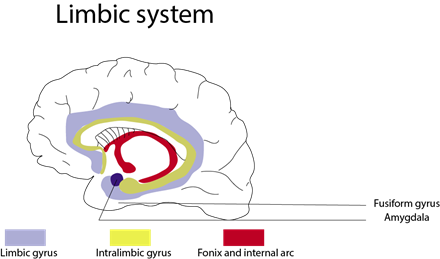 Diagram of the limbic system with amygdala and fusiform gyrus

When listening to music, a different pathway takes place. We find an abnormal activation of the superior temporal gyrus / sulcus and inferior frontal gyrus. 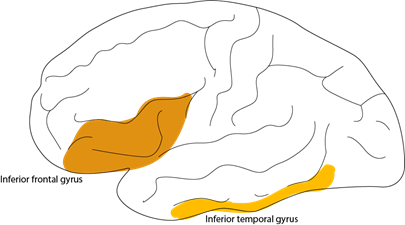 Diagram of the left lateral surface of the brain

To translate this into understandable english, this helps to explain the fact that a person with autism does not direct their attention to emotional signals coming from the environment but picks them up and processes them analytically. This type of analysis of music does not, however, prevent them from distinguishing the emotions in it. People with autism can identify sad or happy music, although the processing of the information is not the same. The differences in signals take place in the insula. It is important to remember that an autistic person will also experience emotions in their own right and will have to make an extra effort to signal them.

Music therapy fulfills several objectives for people with ASD. First of all, it allows the establishment of a link between the caregiver and/or the family without having to speak. Practicing in a group allows the individual to learn to tolerate the presence and physical contact with other people, to distinguish themselves from others and to adopt a social behavior.

Musical and emotional harmonization is used to work on synchronization of movements. This allows for better coordination but also reduces repetitive tics, a common element in this pathology.

There are two types of music therapy: the receptive one, based on listening, and the active one, which leads to a sound production. This can be vocal production (humming, singing...), body percussion or the use of an instrument. Some ASDs do not speak, but through this type of therapy, some are able to sing or hum, and others recognize complex melodies.

In addition to working on communication, music allows these individuals to improve their attention and memory. This is due to a better reaction to music than to speech. This activation is visible with the help of images in the fronto-temporal cortex (areas that are very active in verbal and social skills). Diagram of the different lobes of the brain

The disruption of this cortex area suggests that other speech processing mechanisms may be recruited by singing. This is because singing has a defined and ritualized structure, often metrical and more importantly(?) slower than speech.

Rhythmic training extends beyond movement control. Music is temporal and sequential (made of bars beaten in rhythm). The regularity of rhythmic pulses generates temporal expectations that give us the ability to predict the next pulses. It is therefore possible that this allows us to modulate the mechanisms of anticipation and thus facilitate the process of capturing information.

People with ASDs are not the only ones to benefit from music therapy. As it impacts many keys within our cortex, it is also used in cases of neurodegenerative diseases such as Alzheimer's. In this case, music helps to "fix" the memory by solidifying and recreating new links between neurons, but also by helping Parkinson’s disease patients achieve better mobility by moving in rhythm.

As music has strong action on the language and speech area of the brain, it is a technique used by speech therapists to combat dyslexia as well.

With the expansion of neuroimaging techniques (the observation of the reactions and functioning of our brain in real time), scientists can observe and study the multiple applications and benefits that these notes and rhythms produce in our brain. Cerebral neuroplasticity, now visible, allows us to heal and reconnect our neurons together. This is a promising field of research to be further explored.