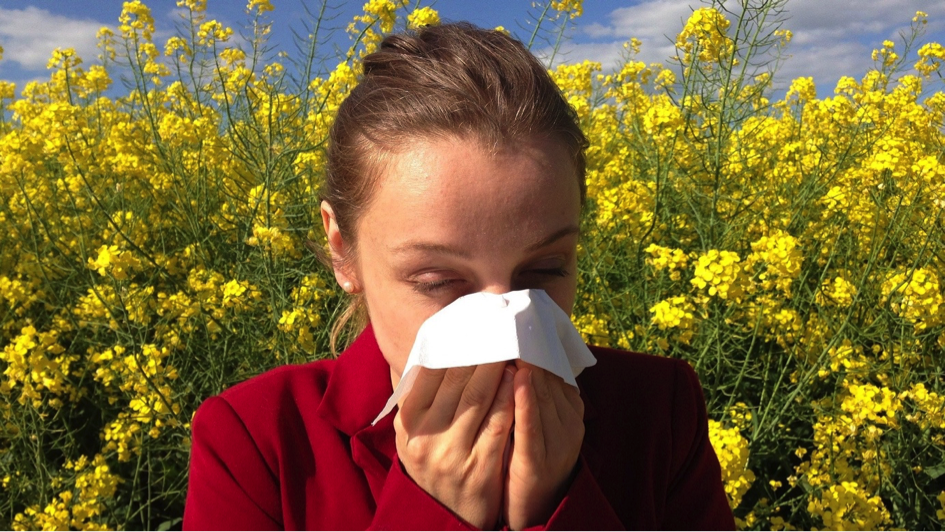 Everyone sneezes, for a variety of reasons. But some people do it as soon as they are exposed to the sun or bright light. Here are the reasons!

It has always been said that if you sneeze with your eyes open, they might pop out. It would seem that this is a preconceived idea. In fact, we close our eyes by reflex and to protect them in order to prevent the irritating particles ejected by the nose from aggravating their condition. Did you know thatthe sun can make you sneeze? You may have already noticed that some people around you sneeze when they go from shade to light outdoors or under bright artificial light. This is the photo-sternutatory reflex (PSR), also called "heliotrophic sneezing", which affects about a quarter of the population (25%).

Why do we sneeze?

Sneezing is a reflex that allows us to expell irritating particles out of the nose, such, dust or other chemicals that come "tickling" its mucous membranes. The trigeminal nerve, wich innervates the entire face trhough numerous branches, has a large number of endings inside these mucous membranes, wich causes the contraction of their muscles and ends up in a sneez. The maximum speed of the air expulsion in a sneeze is 55 km/h and the postillons can travel up to 8 meters of distance. 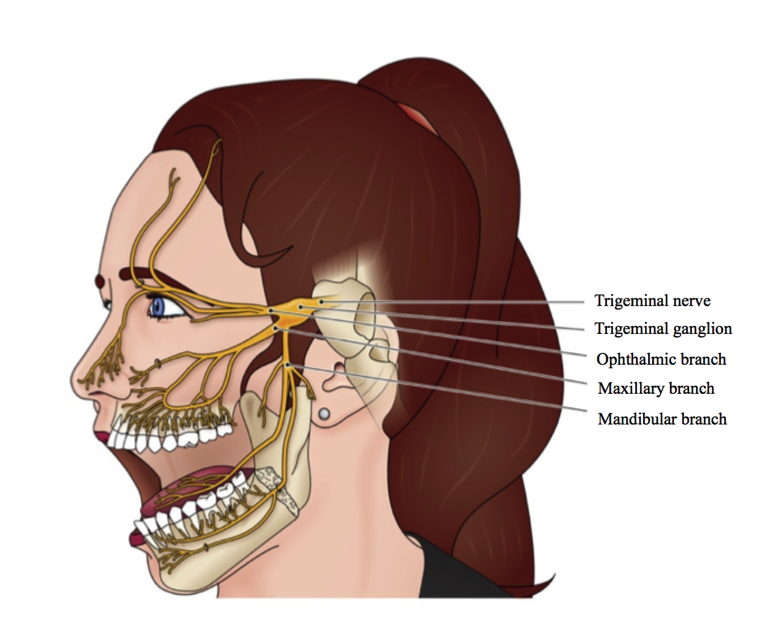 Branching lof the trigeminal nerve in the whole face 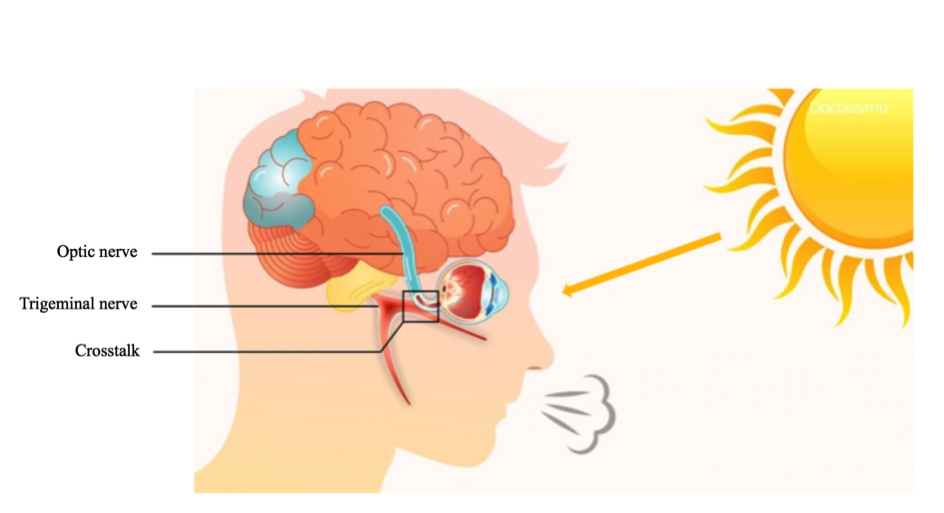 Thank you mom, thank you dad

But where does this reflex come from? It is hereditary, and is passed down the genes in autosomal ldominant way. Individual's genes are lines of code, like in a computer. The latter will be programmed by these lines of codes to have such or such configuration. In genetics, it is the same process. A gene will code for physiological characteristics, etc., such as eye color, hair color, certain diseases... These lines of code are contained in hard drives called chromosomes. They work in pairs (one from the mother and one from the father) and there are 48 in total. Each gene exists in duplicate in the organism, as if for each hard disk there were two versions coding for the same action. But it happens that these two versions differ a little (which explains why you don't necessarily have the same eye color as your mother).

There are two types of genes : dominant and recessive. When a gene is dominant, it is the one that will be expressed in the organisme. It is as if the computer code was written for two llines of code coding for the same action, and one of them was written in bold capital letters and therefore the computer chose to execute that action. 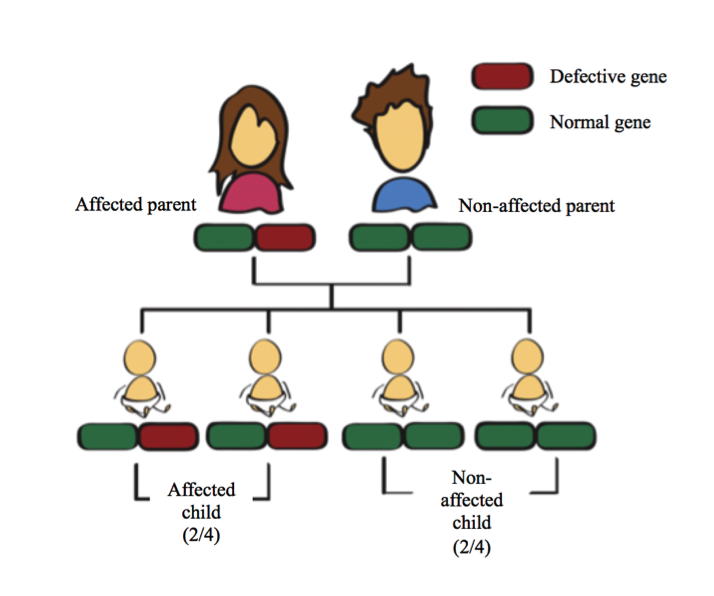 Transmission of a dominant gene

If one of the parents has the gene coding for PSR, there is a 50% chance that the child will also be affected. Moreover, it also falls in a category of so-called congenital anomalies. This means that it develops either in utero (during pregnancy in the mother's womb), during the formation of the optic and trigeminal nerves, or at birth. It is therefore not possible to anticipate or prevent its development.

Is there any risks ?

PSR is neither a disease nor a dysfunction of the body, it is just a particularity that some people inherit, a bit like the flexibility of the limbs. It is therefore not possible to cure PSR, however it should be noted that the consequences for individuals remain minimal. The most important risks are for airplane and helicopter pilots and during driving, so as not to sneeze at an inopportune moment. It is enough to be careful and to avoid the glare as much as possible.