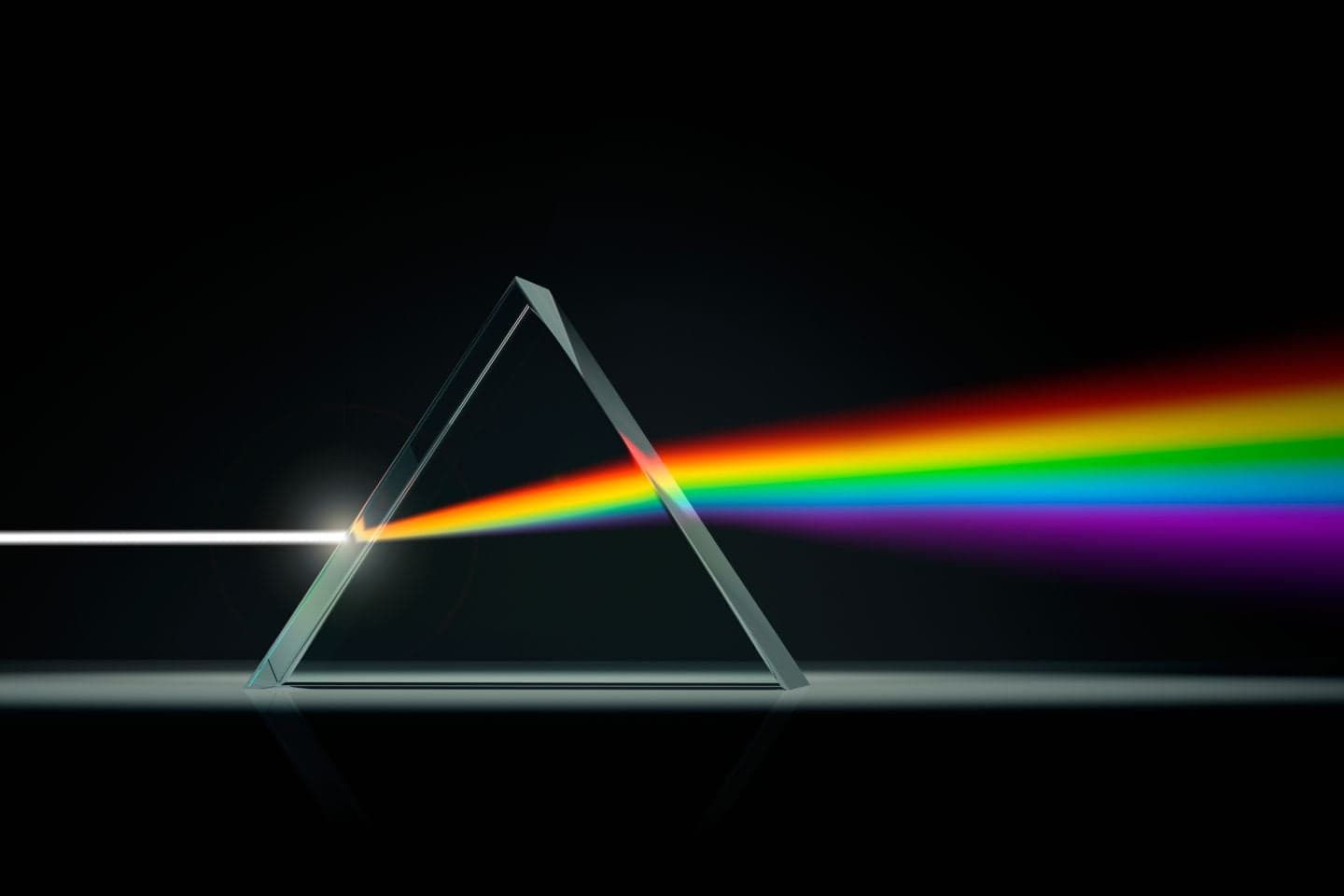 Light has always been here in our history. Either in religions with the biblical explanation of divine origins of light or in Ancient Egypt with their mythological explanations. The first ones to explain the phenomenon of light rigorously and scientifically are Greeks scientists and philosophers. It started with Euclid (-300 before J.C) and his discoveries on light made us take a leap forward. This knowledge is still used in the field of optic.

What is the refractive index in optical and what is its purpose?

Have you ever heard of the light being the fastest element in the universe? When it goes through an environment or material the light slows. The phenomenon is similar to the feeling you have when you are riding a bike with headwind. Depending on the material, light would be faster or slower. As you do on your bike with a headwind or backwind. We call refractive index the ability of a material to slow or not light. This refractive index is noticedn. 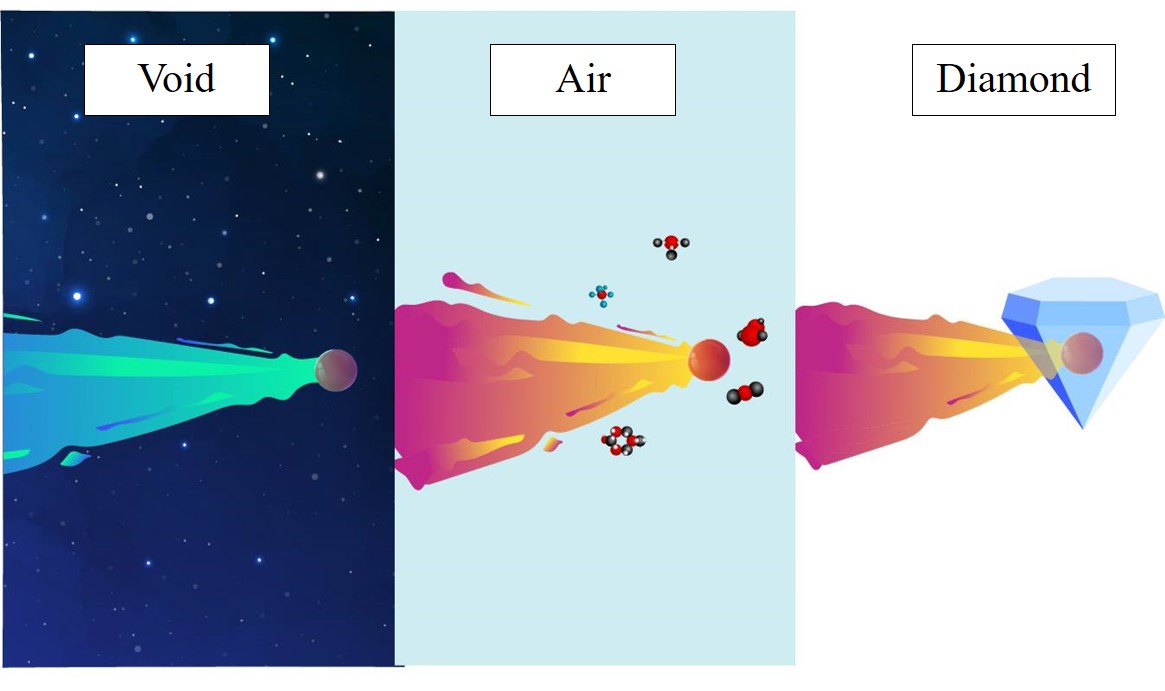 The light speed in the void is called celerity: its . It means that in the void light travels 300, 000km in 1 second. It’s the same as 7.5 rotations of the earth in 1 second.

To calculate the index n of a material or environment we can use this formula:

n: refractive index of the material in which light travels. (e.g. in the diamond)

c: celerity: the light speed in the void.

v: speed of light in the specific material (e.g., in the diamond)

The second parameter is the period. If we think about that jogger again, the period is the time needed for the left foot to touch the floor again after the first contact. 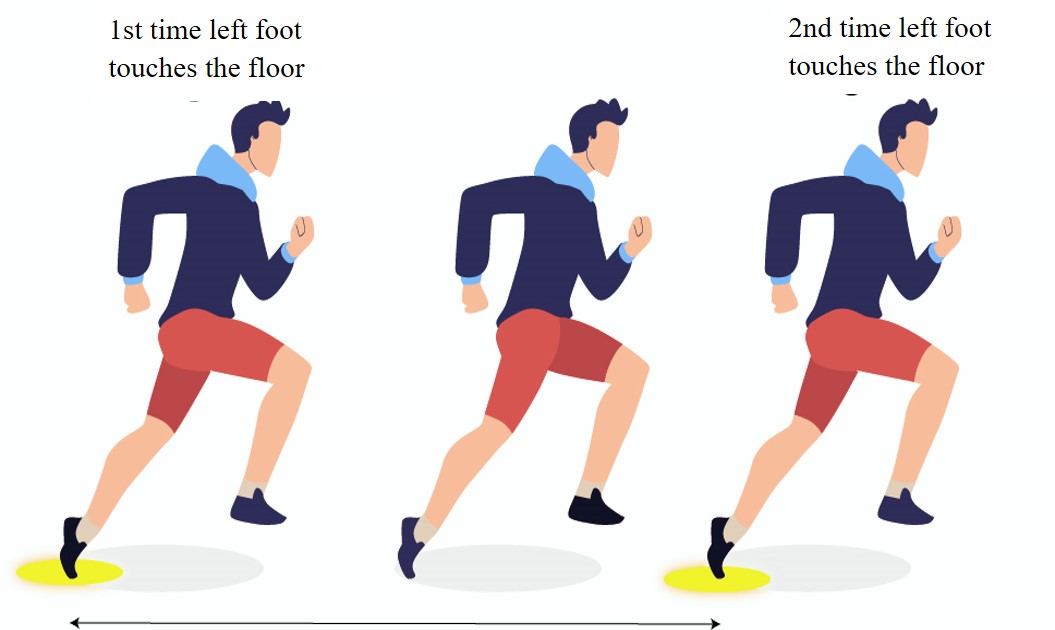 Illustration explaining the wavelength and the period

The formula illustrating this is a bit hard to swallow:

n: refractive index of the material (e.g. a diamond)

𝝺: wavelength (distance travelled by the left foot before touching back the floor.)

In short, both the light speed and the wavelength vary according to the material.

Illustration of a jogger running on different types of floor

Long story short, wavelength and refractive index will allow us to understand light behavior on interface between two environments

For example, why when you look in the water, a fish is not in the exact place where you see it? This is because of a phenomenon called refraction.

When light meets a new material (here it’s water), its trajectory is modified: we say that light is refracted. Descartes illustrated this discovery with the second law of Descartes. It allows us to calculate the deviation of the light and to know the real position of the observed object.

This refraction principle is used in several technologies such as optical fiber (which allows us to have a very good internet connection. Remember the time when we had to wait several hours just to download a movie ?). Let’s think about bowling for a minute. On a bowling lane with fences, if a child throws a ball with an angle, the ball will bounce fence to fence until the end of the lane. It’s exactly the same propagation mode used by light in optical fiber. 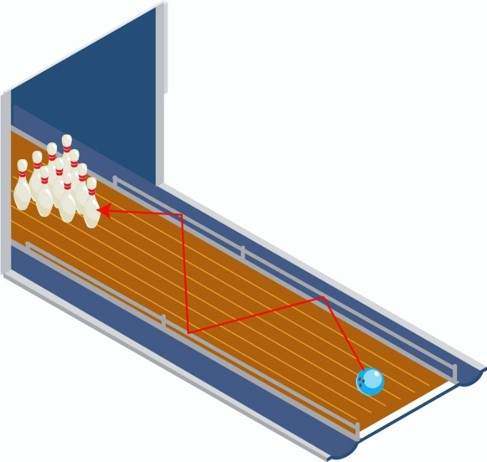 Illustration of a bowling ball traveling on a lane, imitating the evolution of the light in optical fiber

In this specific case, the composition of optical fiber gives higher value of the refractive index in the fiber core than in the fiber cladding. At first, light enters the core with a specific angle and then bounces on the interface between the core and the cladding. The bounces will repeat again and again through the optical fiber until the end.

The high speed of light signal allows the transmission of a large amount of information very quickly.

The light emitted through an optical fiber is not randomly selected. Specific wavelengths are selected because of their low signal mitigation on long distances. Furthermore, wavelength is used to categorise and discriminate some lights from others.

Some wavelengths are on the visible spectrum. We associate them with the concept of color. Other wavelengths are invisible to human eyes. Those wavelengths have some specificities. In the most known there are UV (for ultraviolet light) between 100 nm and 380 nm (yes optical values are in the metric system). These UVs are the same light we have to be protected from mostly during summers to reduce the possibility of skin cancers. UVs are also used by legal services to highlight less visible materials to our human eyes. For example, dark light lamps used by police forces to highlight body fluid (see article We leave a mark behind us).

Beyond the visible spectrum, there is infrared (wavelength between 780nm and 1400 nm)0 Infrareds are often used in cash-register’s lasers in shops, in remote controllers or in infrared detectors which switch on lights automatically.

Illustration of wavelength and the position of the visible spectrum

For the “olders” or those with a good musical taste, depending on your point of view, the cover of the album Dark Side of the Moon by Pink Floyd perfectly reflects the influence of refractive index on light. We can see on it a ray of white light which strikes a prism face. The light goes through it and the ray is deflected. It’s the refraction. The ray will also be split in several different rays of different wavelengths, following the 2nd law of Descartes. According to the refractive index and the material, the rays are not deflected the same way. Outside the prism, we obtain all the colors of a rainbow. 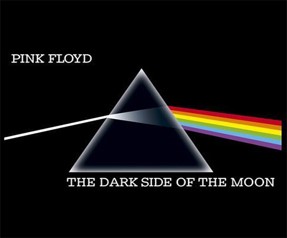 Research on refraction index in optical is very important for the future of technology. It’s also useful in everyday life tools. For example, when you choose and wear sunglasses. It’s better to use polarized glasses for better eye protection. The refractive index is used to describe birefractive/birefringent materials (with two different indexes). When some materials are submitted to very high pressure, they can become birefringent. The pression value at which materials become birefringent can be use to characterize the material (it is called photoelasticity). There are some materials called photonics crystals which have a refractive index smaller than one. This is totally against the rule which says that an index must be equal or superior to 1. There is a lot of research around those photonic crystals in different fields related to light guides with low mitigation, optical filters, chemical and biochemical sensors or light sources with super continuum.

The refractive index is an essential element which allows us to describe the evolution of light in material. Thanks to that index, we get to know what kind of effects can be produced on light by different materials. Research are still underway on materials with an index lower than 1 and which make ultra-refraction. In common materials we can determine light behavior. But will we be able to find a material which enables light to accelerate and exceed the speed of ?

Maybe one day we will…

Naturally curious, I like to take the time to discover new things. I assume that many other curious people would like to know more about the world around them. So I make available the knowledge I acquired during my Bachelor degree in instrumental optics and an engineering school in optics and industrial vision.