Who has never dreamed or dreamed of having their perfect double, similar in every way (for those who do not have a "real" twin)? In science fiction, but also in the world of research, we talk about clones. Contrary to popular belief, the term clone has different meanings for biologists. They are grouped together in the same sense, it is a more or less precise copy from a genes point of view. This includes cloning genes, cloning cells and cloning an individual.

From gene cloning to tomorrow’s medicine

Gene cloning is a common and powerful technique in laboratories around the world. It has advanced our knowledge of the "shape", role, control and activity of genes.

Currently, several techniques are used to carry out gene cloning. The most common, and the best known, is to take a bacterium, and more precisely its plasmid. A plasmid is an "optional" round DNA in the bacterium (usually Escherichia coli) which has the power to multiply on its own within it.

Diagram of Escherichia coli bacteria with and without plasmid

To perform cloning, we select the gene we want to clone (human or not) and we insert it (a ligation) into this plasmid called vector (in a region called polylinker). We grow bacteria by feeding them and providing them with a pleasant environment for them to reproduce. From there, we select the bacteria containing the genes that we are interesed in: either by killing the bacteria that do not have them, or by coloring them.

This cloning can have several uses, in particular, by modifying bacteria, to produce substances of great medical and economic value such as insulin, which regulates blood sugar levels. A small "amount" of sugar can lead to serious illnesses such as type 1 diabetes. Insulin must be injected continuously. Nowadays, it is industrially and artificially manufactured using cloned genes.

This technique is also used to identify genes associated with certain hereditary (genetically transmitted) diseases, such as certain cancers. It has also allowed the development of new tests for infection caused by viruses. In the near future, it could also provide high purity blood components. The possibilities are vast ...

An “immortal” lady thanks to the cloning of her cells

You can't talk about laboratory cells and cell cloning without mentioning Henrietta Lacks, an African American born in August 1920. She changed the course of biology. This woman died of cancer in October 1951 and left her cancer cells to science. Her cells will be cultivated and multiplied (cloned) in the laboratory. The world’s best known and most widespread cell line, the HeLa, will be born. 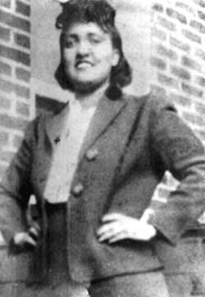 It is common in research laboratories that study cells to cultivate (like we grow plants): we will make the cells divide and multiply in order to study them and use them for experiments. Henrietta is said to be "immortal" because her cells are still in use.

Cell cloning is very common in the research world. It is used to study the behavior, the reaction, the mechanisms, the shape… of cells according to the diseases, drugs and other parameters that scientists want to study.

Therapeutic cell cloning has other applications such as the "creation" of new skin for a transplant, made from the patient’s own cells. Which reduces the risk of rejection. The manufacture of new tailor-made tracheae following the same process has also been, carried out. Here again the applications are diverse and varied and are constantly evolving.

The cloning of individuals, a less profitable counterfeit

The last form of cloning is the cloning of an individual, known as reproductive cloning. The first cloned mammal announced took place in 1997, the sheep Dolly. The goal of this type of cloning is therefore to produce a new living being that is genetically identical to the original. This process already exists in nature with monozygotic twins. 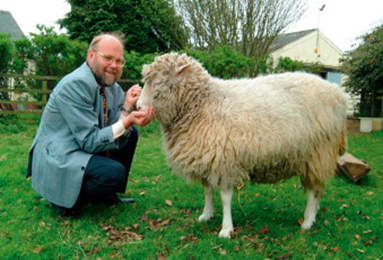 Artificial cloning of a living being is carried out by removing a cell nucleus and injecting it into an egg cell (an ovum) from which the nucleus has been removed. The researchers then trigger the development of the future clone. This technique is and has been used on amphibians, pets, livestock (pigs, cattle), plants (so that some are more resistant for example) ...

This application on pets is extremely expensive and mostly takes place in South Korea, but is of interest to scientists. As several breeds of dogs suffer from diseases similar to those of humans, these imperfect clones can be a way of observing them. Some scientists are studying cloning technology to save endangered species (the woolly mammoth for example). The cloning of endangered species has raised several issues, especially among conservationists and ecologists who want more focus on preserving species and their habitats.

The process of cloning an individual remains very complicated. In Dolly the Sheep's case, there were 270 attempts, most of which resulted in a natural abortion. Their lives are often painful, with disabilities, deformities, organ problems… Dolly was euthanized in 2003. It allowed us to better understand the development of mammals and also demonstrated that all the cells of the body with a nucleus had the same genes, and not that they only had the genes of their specialty (liver cells would only have genes "useful" for the liver, which is false). This process, useful for the world of research and the production of transgenic animals, however, encounters several problems. It is extremely difficult, if not impossible, to obtain a real clone. In our cells, our DNA is not only located in the nucleus, but also in an element outside it, the mitochondria (see the article "This beautiful heritage from our mothers"). It is the DNA of this mitochondria (mitochondrial DNA) which, by “competing" with the DNA of the clone, would nevertheless create a unique individual. Another element to take into account is epigenetics. Epigenetics is the influence our environment has on whether or not certain genes are activated (see the article "Our impact on our genes"). Monozygotic twins eventually differentiate because their genes do not react in the same way to the environment, food, etc. We can therefore clone genes, but not a person because, in addition to these biological parameters, character and personality come into play and this is not precisely written into our DNA.