Reproduction, or the act of mixing one's genes with another individual of the same species in order to have offspring, has not always been obvious to humans.

Even if prehistoric women must have suspected that something was wrong with the modifications that their bodies underwent, the enlightenment occurred especially when humans started domesticating species and observing their reproductive cycle. For the record, and for ease of reference, we won't talk about plants.

In a crude and blunt way, to reproduce is to have offspring with the goal that one's genes survive through the ages. There are two methods of doing this. One is sexual reproduction, which consists in finding a partner of the opposite sex in order to mix its genetic material in an equitable and especially durable way for the species. This is our case, that of our cat, dog or goldfish. Another is  asexual reproduction, which consists of dividing itself to provide all the necessary genetic material to its offspring, which are therefore clones of the parent (genetic variations can take place thanks to epigeneticsas). Phasms, an insect do it exceptionally well with a process  called parthenogenesis. Bacteria also do it in the form of binary fission. Parasitism, on the other hand, has its own form of asexual reproduction. The most convincing and well-known example is that of viruses. To reproduce, these micro-organisms inject their genetic material into a host cell which is forced to produce "baby" viruses. 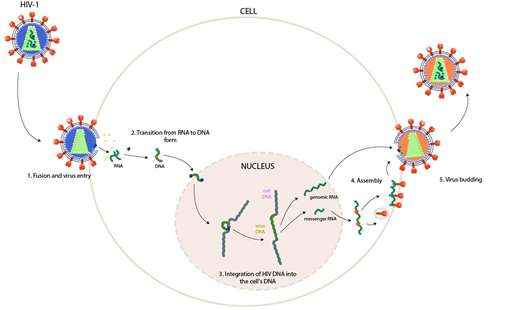 Reproduction between two, not necessarily lovers

For some people, reproduction with the love of their life is ideal. Humans (from a general point of view) and toucans, gibbons or the beavers are part of the species that want to find love and end their lives with the spouse with whom they have produced offspring. But, from an evolutionary point of view, ending one's life with a single individual and thus reproducing with a single person is not the best method for one's genetic heritage to survive over time. For more details, take a look at the publication from the biologist Fanny Chevallier The sexual selection: A story of seduction

Let's go back to this meeting between two individuals who managed to seduce each other (or to fool them, it happens as well).

They engage in close meeting of their gametes, also known as a sexual act. If they are a male and a female, they are ready for reproduction.The gametes are a category of cells inside reproductive organs, containing half of the genetic inheritance of each one. It is this fusion of the gametes (ovum and spermatozoon) which will result in an embryo. The embryo has half the genetic heritage of the father and half of the mother. At this stage, the development of the new generation is initiated (see this article by Zrinko Baričević The thought, fascinating story of a birth), and reproduction can be considered successful when the baby is born.

If no contraceptive has been used, and if no  baby is conceived for a long time, we are talking about infertility or sterility. The difference between the two? Infertility can be caused by either the male or the female. Infertility is when there is no pregnancy despite having unprotected sex for at least 12 months. It is the impossibility of having a successful pregnancy  (the meeting of our gametes can therefore take place, but the development does not go through). Between one third and one half of pregnancies occur only after six months of attempts. This low rate is partly due to a high number of spontaneous miscarriages, very early in the pregnancy, most of which go unnoticed. This is due to defects in the development of the embryo, very often related to the number of chromosomes. It is estimated that 48 million couples and 186 million people worldwide are affected by infertility.

In men, this problem can be related to a problem with the seminal fluid: the absence or low level of spermatozoa, or an abnormality of these.

In women, infertility can be due to polycystic ovary syndrome (PCOS). This is a hormonal disorder (LH and FSH) with an excess of testosterone produced by the ovaries, which leads to hyperpilosity and lack of ovulation in half of these women. It is the main cause of female infertility. Another cause is ovarian insufficiency. The older we get, the more our oocyte reserves decrease with time, as so does their quality. Ovarian insufficiency is the first cause of infertility after the age of 35. There is also premature ovarian failure, which marks an abnormally large loss of follicles associated with the absence of menstrual cycle with an early menopause onset (before the age of 40). Other causes include bilateral tubular stenosis, which blocks the passage of sperm through the fallopian tubes, uterine anomalies (malformations, complete absence and similar) and endometriosis (see the article The deaf pain of women).

In addition, there may be sources common to both sexes, such as specific diseases, treatments, environmental and psychological factors or weight.

Infertility, on the other hand, is a total inability to reproduce due to the non-production of gametes of either sex.

It seems very complicated to reproduce! Fortunately, some species have found ways to manage on their own in case of problems, absence of a male or simply by evolutionary choice.

Better to be alone than in bad company

We find asexual reproduction in many living beings: plants, fungi and animals. Many invertebrates use this method in a common and systematic way. Like bacteria that split in two (sometimes every 5 to 10 minutes). We also find this reproduction without partner in jellyfish, anemones and other. We obtain, in these cases, clones.

A more particular mechanism of asexual reproduction,mastered by certain vertebrates including the Komodo dragon, is parthenogenesis. In this case, the polar globule in the ovum will take on the role of the spermatozoon. It is a copy-paste of the cell. We then obtain a clone with an almost identical genetic profile. The female dragon (WZ, of sex chromosome) can have males (ZZ) with whom she will reproduce later. This is not the best option from a genetic point of view, but it is mainly for the species to survive if the males are lacking. 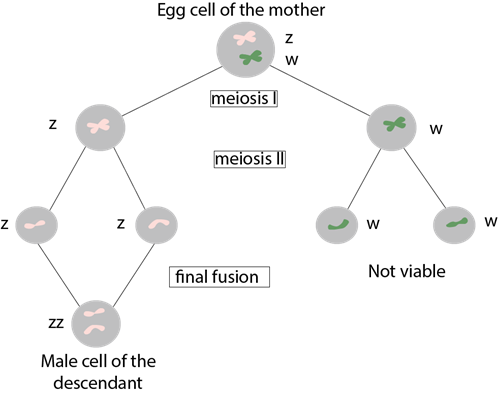 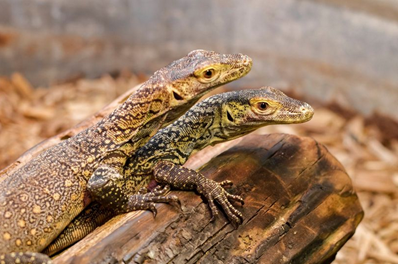 Photograph of the children of the female Charlie. The males are born by parthenogenesis.

Using others: not always the most effective for survival

Many parasites or microorganisms use hosts  to reproduce. We find fungi (Ophiocordyceps unilateralis which zombifies ants for example), nematodes (Toxoplasma which needs two hosts to reproduce, one of which are we as collateral damage), viruses (Covid-19 for example) and many others in this category. 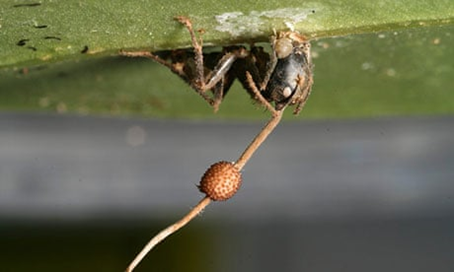 Even if this mode of reproduction can be efficient in terms of productivity, it poses a big evolutionary problem. If the host disappears, or if it finds a way to eliminate its aggressor (like a vaccine), this one-way collaboration is over. The parasite would then no longer be able to reproduce, or could even become extinct.

Research for the benefit of future generations

Reproduction methods have not finished tickling arousing the interest of researchers. These studies make it possible to create hybrids (reproduction of two members of two distinct species giving a mostly sterile individual), to facilitate the conservation of species, to fight and understand certain diseases but also, in our case, to better understand the causes of infertility.

1.  CNN, A. L. A Komodo dragon with no male partner gave birth to three hatchlings. CNNhttps://www.cnn.com/2020/03/09/us/komodo-dragons-parthenogenesis-scn-trnd/index.html.